Odile, a beautiful but naive young woman vacationing in Spain, attracts the attentions of a voyeuristic couple who live across from her hotel. The

couple spy on her as she lounges around naked, and when they invite her over for a session of grou sex, Odile gives in immediately.

After spending days enjoying this menage a trois, the couple take Odile to the villa of the wealthy Wanda Von Karlstein, where the sex continues. Wanda's perverted husband drugs Odile's drink and rapes her. When she awakens, Odile is chained to a bed, and her captors have sado-erotic torture and death in mind. One of her abductors has a sudden attack of remorse after finding her mutilated body, murders the Von Karlsteins, and walks into the ocean carrying Odile's dead body. 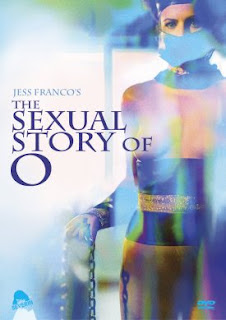 HISTORIA SEXUAL DE O is quite a bit more immersive than some of Franco's more tedious sex-a-thons of the 1980s. The florid, tropical locations and gorgeous cinematography offers a counterpoint to the downbeat melodrama. A melancholy female vocal sets a sombre tone throughout, which Franco maintains until the very last shot of the blazing sun beating down on the aftermath of violence and death. The character of Odile immediately resonates and she might be compared to Henry James' Daisy Miller, although the milieu here is a century, a culture and miles removed. The locations here are familiar from other Franco Golden Films Internacional productions. Franco's concentration of multi-colored flowers makes this one of his most visually gorgeous films of that period.

There are many effective visual and aural touches throughout, which amplify the theme of corrupted innocence. For instance, the victim is first seen wandering in an idyllic garden reading excepts from Norman Mailer's "The Naked and the Dead," foreshadowing her own fate literally. It is also significant that her abductors use Beethoven's famous Ode to Joy from his Ninth Symphony to seduce her attention, underscoring the theme of Old World decadence preying on Odile's gullibility.

As Odile Alicia Principe offers sensuality a la 1981 tourist quality, with a tragic ignorance of the brutal ways of the world, at least the world according to sexual hipsters in post Francisco Franco Spain.Exotic looking Carmen Carrion and the gaunt, sinister Daniel Katz are well-cast as the wealthy tormentors. Katz's impotent freak-out while raping Odile is especially blood-curdling. There is also a subtle sociological subtext similar to the situation in Franco's 1973 THE PERVERSE COUNTESS, wherein upper caste villains use a financially struggling lower-class couple to provide victims for their blood lust. This inequity creates a scene in which a henchman turns on his vicious employers.

The scene in which the only survivor of the massacre carries Odile's body into the water is also lifted from the end of THE PERVERSE COUNTESS. The long, excruciating sequence detailing Odile's torture and death is painful to watch, as chains, whips, and studded medieval-style weapons are used to strip away her flesh. Franco encourages us to become emotionally engaged with Odile, which ratchets the level of intensity even higher. The fact that it's shot in soft focus with hallucinatory, multi-colored light emanations decorating the sado-erotic action makes it all the more disturbing.

The stuff of nightmares, HISTORIA SEXUAL DE O is highly recommended and has been released on DVD by Severin Films. That 2007 DVD includes an interview with the director, finding Jess in an unusually self- critical state of mind we learn that the production was more than modest, "two cents" rather than usual two dollars and that Franco was less than pleased with Principe (whom he terms "stupid") and Mauro Rivera (BLACK CANDLES). He saves his praise for Carmen Carrion and Daniel Katz, noting the latter actor simply disappeared after acting in a few of his films. He also manages to wave off Just Jaeckin's STORY OF O, suggesting the director is more of a high fashion photographer than a real director. More to the point he notes that Sade, rather than Pauline Reage, was his real influence here and encourages critics to actually "read" the oft condemned author rather than moralize about him. Even more fascinating is his discussion of his use of water symbolism as a kind of portal to another reality.   It is hoped that an updated, HD release will appear asap. 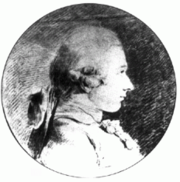 Sadean, but not Sade, or an official Sade adaptation. The film was certainly heavily inspired by the writings of  "The Divine Marquis", as are many of Franco's films, whether Women in Prison, horror, crime-noir, or whatever genre he is working. Nor is it an official adaptation of the Pauline Reage novel. It is closer to such earlier Franco Sade adaptations as EUGENIE, HISTORIA DE UNA PERVERSION or LE COMTESSE PERVERSE. It's very much in the Sade wheelhouse, a modality which Franco continually returned to throughout his long, busy career.