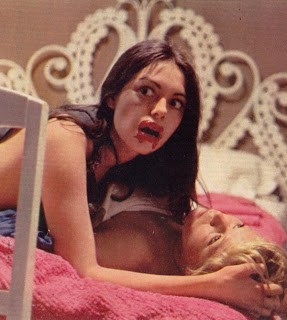 Lina Romay was born in 1954 in Barcelona, Catalonia, in the year of the Chinese zodiac Horse. She died on February 15, 2012 in Malaga, Spain, 10 years ago today. I remember feeling lost in time for a moment when I heard about her premature death at the age of 57. Someone was gone who couldn't be replaced. Acting was her art, and she was a great artist.

She was still a teenager when she met and started acting in films directed by her longtime companion and husband, director Jess Franco (1930-2013). Even in her early roles she was eye-catching. Her first major role was in Franco's iconic, erotic horror-drama, FEMALE VAMPIRE (1973). Without any dialogue she dominated the screen and the rest of the cast for that film's runtime. She was breathtakingly sensual and had a natural magnetism which immediately drew attention to her mute, lonely character. Many leading roles followed, including some for other directors, including Erwin C. Dietrich (ROLLS ROYCE BABY), Carlos Aured (APOCALIPSIS SEXUAL), Ricardo Palacios and Jorge Grau. She also helped Franco as a sometime assistant director, editor and constant inspiration. She is also listed as the director of some of his productions (INTIMATE CONFESSIONS OF AN EXHIBITIONIST). She was an unabashed exhibitionist as a performer. You could feel her joy and intensity as she performed for Franco's voyeuristic cameras. It could be said that she was the probably first totally sex-positive movie star. She didn't hide or downplay her sexuality onscreen. There was no shame or egocentric persona on display. She was a force of nature who blew away all boundaries and stepped over all taboos, both soft and hardcore.

Her final role was as Jess Franco's loyal, unselfish and omnipresent helper as she guided her wheelchair-bound mate around the world and on the sets of his final films. My only contacts with her was when she patiently answered my email questions about obscure details of her and his careers and on the phone during my marathon long-distance interviews with Jess. I immediately got the feeling of warmth and friendship in her distinctive voice as she handed the phone to Jess.

Thank you, Lina Romay. You are now immortal and live on in your many indelible film performances. It is now 10 years on, and you are missed! 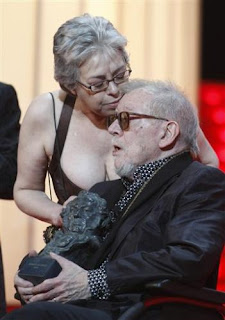