Astounding, obsessively personal, ultra-bizarre, morbid, perverse and maddening are terms which come immediately to mind while or just after watching this most recent entry into the Frankenstein file of Jess Franco. Earlier drafts include such grade Z mixes of horror, sexploitation and experimentation as THE EROTIC RITES OF FRANKENSTEIN (THE CURSE OF FRANKENSTEIN -1972 ) and DRACULA, PRISONER OF FRANKENSTEIN filmed with the same cast, crew and sets the same year. The monsters in those films, played by Fernando Bilbao as a silver skinned, moronic killing machine, have nothing on Michelle Bauer in this new version. Casting the American scream queen in this legendary role was a stroke of genius, as her always nude (except for combat boots!) creature is a riveting, pathetic creation as the lover-slave of sex-starved scientist Moira (Lina Romay), the frustrated daughter of Dr. Frankenstein. 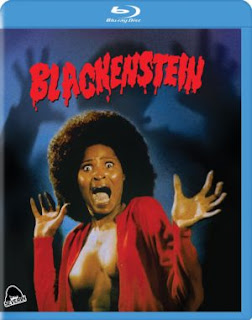 American filmmakers were also having fun with Frankenstein in the 1970s after Mel Brooks YOUNG FRANKENSTEIN hit it big.....

Jess Franco would have approved of this 1965 William Beaudine-directed Frankenstein mash-up featuring cowboys vs. the vengeance seeking daughter of Baron Frankenstein.

The plot is minimal, as usual in Franco's post 1980's work, narrative elements are pushed to very edges of what can best be described as a nonstop barrage of digital delirium delivered at full metal intensity to the eye, ear and libido. The violent nightmares of Moira include bloodly visions of Dr. Frankenstein and his female composite. The monster (whom may or may not be Moira's erotic fantasy) shows up, becomes her lover and her instrument of revenge, killing everyone else in the cast. They end up in bed together at the end, as Moira wonders if it all really happened. The action (or non-action) begins and ends with a famous quote from Hitchcock's REBECCA (1940), an Academy Award winning classic and one of the numerous direct and indirect references to films made by others as well as Franco's own previous work (Romay is seen wearing T-Shirts with logos from SUCCUBUS and THE DEVIL CAME FROM AKASAVA- late 1960's thrillers featuring - respectively - Janine Reynaud and Soledad Miranda, two legendary and hypnotic sex stars the likes of which we will probably never again experience). 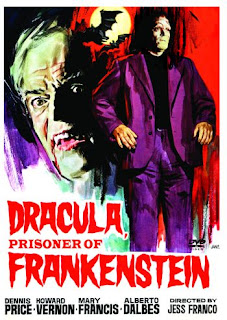 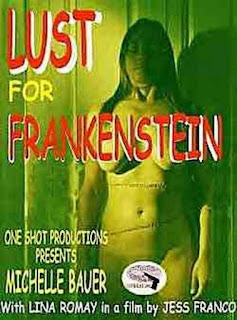 The return of Frankenstein in the Franco-verse. And this time it's a woman played by an American Scream Queen.
Pink Floyd, one of Jess Franco's favorite prog-rock groups, joins in the madness....

Add to all this a throbbing, jacked-up neo-heavy metal score by Mikel Sagues and Franco himself and you have the ingredients for a mind reeling spiral which forever seems on the verge of spinning out of control and sometimes does. Sex and more sex at a thousand miles high, but somehow seeming to occur at the rate of events at the bottom of the ocean floor. Sound impossible? Welcome to the parallel universe called Jess Franco. Why has it taken you so long to get here?