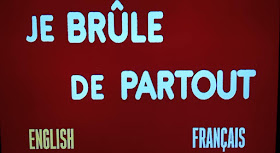 I was lucky enough to score one of now OOP LE Blu-rays of Jess Franco's rarely seen crime drama, Je Brule de Partout ((1978). It sold out in record time from PULSE VIDEO, in partnership with Vinegar Syndrome. Queen of Euro-erotica Brigitte Lahaie emerges from a sea of grain in an X Pro-III grab from the opening disco scene.  A welcome indicator in this 2k scan from 35mm elements. The plot in rudimentary: A detective investigates the abduction of the daughter of an American diplomat in Lisbon. After swimming in the cultural cesspool of this film's depressing SexWorld, he comes up with results that punish the guilty and rescues the heroine (Susan Hemingway). A jazz filled, downbeat immersion into the director's familiar criminal netherworld of drugs, kidnapping, extortion, white slavery, sex, international intrigue and violence.

Robert de Nesle's last or next to last production, this crime film was made back to back with COCKTAIL SPECIAL using some of that film's cast and locations. Here's what I initally thought of the film after viewing it via a vey poor French language VHS dub about 30 years ago [From MHVD archive]:
aka JE BRULE DE PARTOUT. Directed by Jess Franco (credited as Jacques Aicrag). Jenny Goldstone (Susan Hemingway) is abducted after a night at a popular discotheque. She is the most recent victim to fall into the hands of an international white slavery cartel. The point person is the beautiful, blond Lorna (Brigitte Lahaie) who, along with her henchmen, bundles the girls aboard a ship fitted with an orgy room into which a sedating "love drug" is piped. The victims are arranged on mattresses and the "action" is viewed from overhead camera angles, locking the viewer into a voyeuristic POV.  They are transported to a brothel in Portugal where one of Jenny's customers will turn out to be her own father, ironically revealed to be the financier behind the ring. But there is someone else on the trail of the abductors, a certain investigator whose name will be familiar to those familiar with the filmography of Jess Franco, Al Pereira. 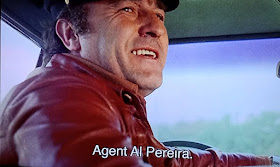 One of Jess Franco's more obscure sexploitation efforts, this one is of note mainly for the alluring presence of Ms. Lahaie who would go on to be featured in several memorable Jean Rollin titles (FASCINATION, NIGHT OF THE HUNTED). Lahaie, like Rita Calderoni or Rosalba Neri, is one of those Euro-cult actresses whose stunning beauty is equaled by a formidable acting talent. She can play a mean bitch (as here, or in FACELESS) or a pathetic victim (cf NIGHT OF THE HUNTED), and sometimes a bit of both (cf FASCINATION). 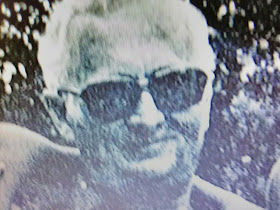 Robert de Nesle (1906-1978). Producer and CEO of the legendary CFFP, a production house responsible for dozens of Peplums, Westerns, Eurospy, erotica and horror from the late 1950s onward. Died on April 21, 1978, at age 71.
This was shot in less than a week and really looks it. The "love drug" sequences are represented by smoke being forced through crudely cut rubber tubes. The love drug concept also turns up in the Franco filmography as early as THE GIRL FROM RIO a.k.a. SUMURU 2 (1968), and is also prominent in keeping Ursula Buchfellner as one of the CAPTIVE WOMEN aka LINDA/NAKED SUPERWITCHES OF THE RIO AMORE (1980) {see the self-explanatory still on p 143 of OBSESSION: THE FILMS OF JESS FRANCO to get a taste of the latter title}. I term all the above mentioned titles as Women-In-Peril, a related offshoot of the Women in Prison genre, also a goldmine for JF. Some plot elements, especially the father-daughter erotic complications, are also present in Franco's COCKTAIL SPECIAL, another adaptation of Sade's PHILOSOPHY IN THE BEDROOM, also made in 1978, the reported year of Robert De Nesle's death. It's also interesting to compare this film to the Franco film made for Erwin C. Dietrich the year before, DAS FRAUENHAUS, which is almost full strength Franco, featuring an Op-Art style mise-en-scene illuminated with saturated color filters. 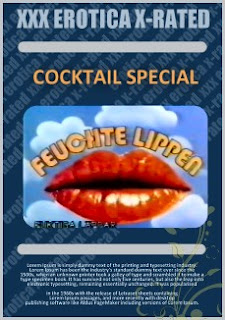 Ms. Lahaie apparently quarreled with Franco on set and she doesn't look like a happy camper, but she does look terrific and can act, as she verified forever in Jean Rollin's NIGHT OF THE HUNTED and Franco's FACELESS (1988)! My favorite part was the opening, set in a glittering disco. Franco pans up from Lahaie's black leather boots to the neon colored-light show and you immediately know you're in Jess Franco territory (despite the use of one of his rarer pseudonyms during the amusing spoken credits). The director even manages to work in his trademark Al Pereira P.I. character, but Jean Ferrere's thug-like visage is no match for the more ambiguous mug of Antonio Mayans, my own favorite interpreter of JF's favorite Private Eye. Daniel J. White's moody, brassy score adds a dash of much needed atmosphere. 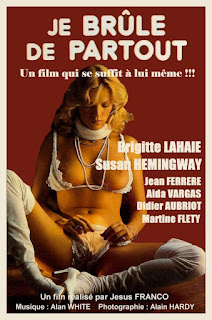 This rather obscure title was one of three hardcore quickies produced by the late Robert de Nesle and directed by Franco in 1978, the year of the producer's death and one of the director's less than favorite years. It represents someone coming up for air following a deep sea dive (in this case the colorful rush of productions the director made in his two years with the Erwin C. Dietrich factory.

NOTE: I have recently come across this quote from Brigitte Lahaie in a 2009 interview on the website PSYCHOVISION "Jess [Franco] who has a certain talent unfortunately ruined by some confusion [...]." This was about 20 years after Franco give her role of the female villain in his gore epic FACELESS (1988), in which she was absolutely terrific. I guess she was thinking of her more negative experiences on JE BRULE DE PARTOUT. 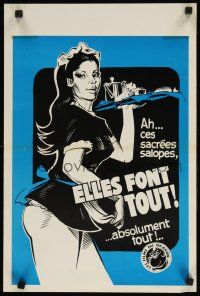 Is this essential Franco? Hardly. But it's not as dull and tacky as ELLES FONT TOUT, produced as part of the same Portuguese-lensed 1978 bundle (later remade as the superior HOTEL DE LUIGES during Franco's Golden Films Internacional period) and really doesn't deliver the hardcore action demanded by that market.
If you must see this film, see it as a tribute to the gorgeous Ms. Lahaie, even though she now rejects it as part of her catalogue and the best she can say in the Bonus interview is that it's not as bad as it could have been, an attitude shared by Stephen Thrower in his interview on the Blu-ray.
The cinematography is rather bland and straightforward, especially compared with the best of Franco's previous Dietrich productions. It lacks the Sadean tone/textual reference points and more transgressive content of COCKTAIL SPECIAL, culminating with incest while sharing its interiors and exteriors, shot in a coastal suburb of Lisbon, the White City ( IMDB: Cruise terminal of Rocha do Conde de Óbidos, view of the movable bridge and in the distance to the left the bell towers of Church of São Francisco de Paula.). It certainly looks better in this HD presentation than could have been imagined, given its rushed production, grungy settings, clinical staging and bottom-of -the barrel aesthetics.
(C) Robert Monell 2022
Robert Monell at 4:08 PM
Share